LANCASTER COUNTY, Pa. (September 3, 2015) — For many, the first sign of fall isn't the crisp evening air or the changing colors of the leaves — it's when pumpkin-flavored goodies start appearing on grocery shelves nationwide. Ice cream is no exception, and Turkey Hill Dairy's Pumpkin Pie Ice Cream will soon arrive in the freezer aisle to kick off the autumn season in style.

The annual flavor — described as pumpkin-flavored ice cream with a cinnamon graham cracker swirl — has been among the brand's most popular Limited Edition options since its first appearance in the line-up in 2012.

The first containers of Turkey Hill's Pumpkin Pie rolled off the line at the Lancaster County Dairy on Tuesday, September 1, and shipped to stores nationwide soon thereafter. To celebrate the occasion, Turkey Hill offered a doorstep delivery of the flavor to one lucky fan, before it arrived in stores.

"There's aren't many flavors as synonymous with a season as pumpkin," said Turkey Hill Dairy President John Cox. "That's a big reason why Pumpkin Pie is easily the most anticipated part of our Limited Edition line-up."

Located in the rich farming country of Lancaster County, Pa., Turkey Hill Dairy produces the fifth largest-selling premium ice cream brand and one of the leading refrigerated iced tea brands in the nation. Over the past 20 years, Turkey Hill has tripled in size and now sells products in 49 states and a dozen countries on three continents. The company believes part of its corporate responsibility is to be a good steward of its resources, community, and the world, and is actively defining and implementing green initiatives to cut down on waste, reduce packaging, and minimize outputs into the environment. Turkey Hill generates 25 percent of the Dairy's annual electricity needs by harnessing wind power through its own wind turbines located onsite at the Dairy. For more information about Turkey Hill Dairy, visit turkeyhill.com, read its blog, the Ice Cream Journal, or follow Turkey Hill Dairy on Twitter or on Facebook. 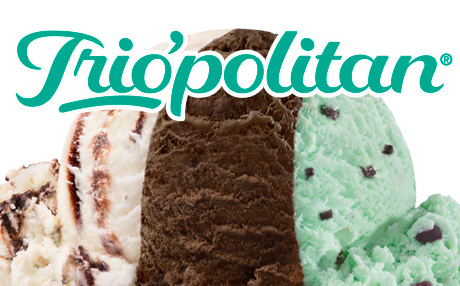