LANCASTER COUNTY, Pa. (October 14, 2015) — "It's complicated." That's the current Facebook relationship status of more than one million Americans, and Turkey Hill Dairy hopes to uncomplicate things for those in need of a little romantic clarity.

October 19-23, the Lancaster County, Pennsylvania-based iced tea and ice cream maker will offer a free shipment of its decidedly uncomplicated All Natural Gelato to countless men and women with "It's complicated" as their relationship status. The goal? Add a little simplicity to the lives of those whose social media status suggests that they might need it.

The idea is rooted in the simple recipe behind the Dairy's All Natural Gelato, which is made with only the simplest ingredients, including milk, cream, and sugar and is available in eight uncomplicated flavors.

"Gelato is the new ice cream therapy for those in complicated relationships," said Turkey Hill President John Cox. "Hopefully, an unexpected delivery will give folks the break they need to sort things out and change that status to something a little easier to define."

Beginning October 19, fans have until Friday, October 23, to sign up for a chance to receive a shipment via a link posted by Turkey Hill and visible only to Facebook users with an "It's Complicated" relationship status.

Turkey Hill's All Natural Gelato is available at select grocers and convenience stores where Turkey Hill products are sold. 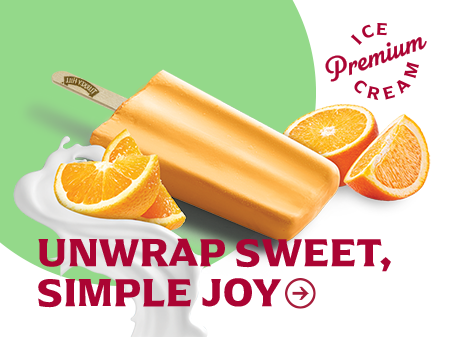