The announcement was made at an event at the Safe Harbor hydroelectric dam, located just 4 miles from the Dairy. The event officially kicked off a relationship between Turkey Hill, Brookfield Renewable and Calpine Energy Solutions to supply the Dairy with about three megawatts per month of clean, renewable energy generated by Lancaster County's Safe Harbor and Holtwood dams.

The renewable energy announcement means that Turkey Hill Dairy uses energy sources that have little to no impact on the environment. It also means the completion of a renewable energy goal that has been more than a decade in the making.

"Turkey Hill relies heavily on ingredients created by farms — whether it's milk from a farm 5 miles away or cocoa from a farm halfway around the world. With that in mind, it's up to us to set an example for others to follow, doing what we can to create a clean and healthy environment," said Turkey Hill Dairy president John Cox. "This is also something that the people who work at the Dairy are genuinely passionate about. They want to work for a company that's environmentally responsible, and we want to create a company our employees can be proud of."

The topic of environmental stewardship is something that Cox is personally invested in as the chair of Lancaster Clean Water Partners, an organization that coordinates water quality restoration work alongside many other partners in Lancaster County.

"Turkey Hill has a well-earned reputation in the region as a socially conscious company that gives back to the community," said Brookfield Renewable's Regional Vice President Gene Alessandrini. "Through the course of consistently running into each other at community events throughout the region, and beginning dialogue, we came to realize that the two of us carry mutually aligned values. We're extremely proud to be doing business together and look forward to a continued relationship."

The Dairy's environmental commitment is one that spans many decades and encompasses nearly every aspect of its ice cream and drinks production and delivery process.

In 2005, Turkey Hill partnered with Energy Power Partners and the Lancaster County Solid Waste Management Authority to install a landfill gas-to-energy plant, taking the Dairy's waste gases and converting them to electricity and steam, saving more than 150,000 gallons of diesel fuel annually.

A redesign of the company's drink delivery crates reduced the amount of plastic used annually by more than 40,000 pounds. By reengineering its ice cream cartons and using paper-rimmed lids instead of the industry-standard plastic lids, Turkey Hill keeps 210,000 pounds of plastic and 200,000 pounds of paperboard out of landfills each year.

Located in the farming-rich country of Lancaster County, Pennsylvania, Turkey Hill Dairy produces the fourth largest-selling premium ice cream brand and one of the leading refrigerated iced tea brands in the nation. Over the past 20 years, Turkey Hill Dairy has tripled in size and now sells products in 49 states and a dozen countries on three continents. The Dairy believes that part of its corporate responsibility is to be a good steward of its resources, community, and the world and is actively defining and implementing green initiatives to cut down on waste, reduce packaging, and minimize outputs into the environment. Turkey Hill's commitment to the environment runs deep, enlisting the help of Mother Nature herself in its farm-favorite recipes. The Dairy gathers wind via two on-site turbines to help brew, stir, and churn its products. For more information about Turkey Hill Dairy, visit www.turkeyhill.com or follow Turkey Hill Dairy on Instagram, Twitter, Facebook, or the Turkey Hill Nation. 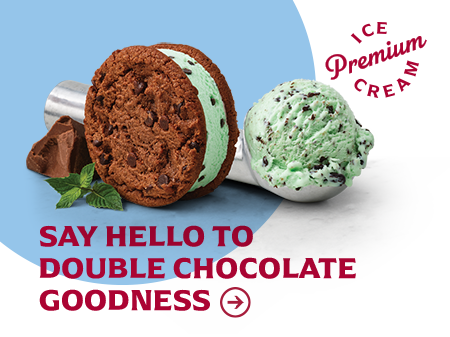